The Road to Hell is Paved with Good Intentions 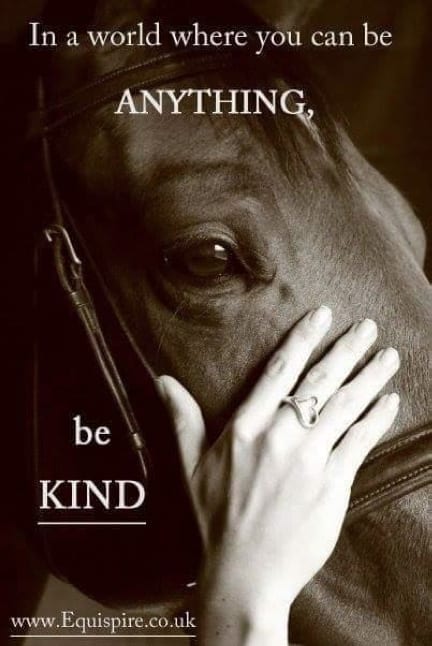 I do not really believe in hell, but the saying “The road to hell is paved with good intentions” does ring true when I think of many of the wonderful horses in this world. I myself come from a background of very strict horsemanship. When horse performance was proceeding contrary to the likes of our instructors we were not taken off the horse and someone explained how to arrive at a better result with less force. No, we were told that if the horse does not perform well, it is the riders fault. So we put on more force instead of better skills. And that is what we taught the children as well.

Later I was leading a vaulting team, and I honestly thought we were doing very well teaching children the values of horsemanship. Yes, we made them care for the horse before and after vaulting, we told them to be careful and pat the horse a lot. But we also made the horse canter when she was tired and when she didn’t cooperate, we made the side reins tighter. What did that teach the children? It certainly did not teach them to respect the animal.

How many riding schools are there teaching children? And what do they teach when the horse does not do what the rider wants? The same thing we were taught as young riders: Use more force.

A while ago there was a picture on Facebook. The caption on the picture read: “All bonds are built on trust. Without it, you have nothing.” And then the horse has a chain over his nose. That is a violation of trust as far as I know it. 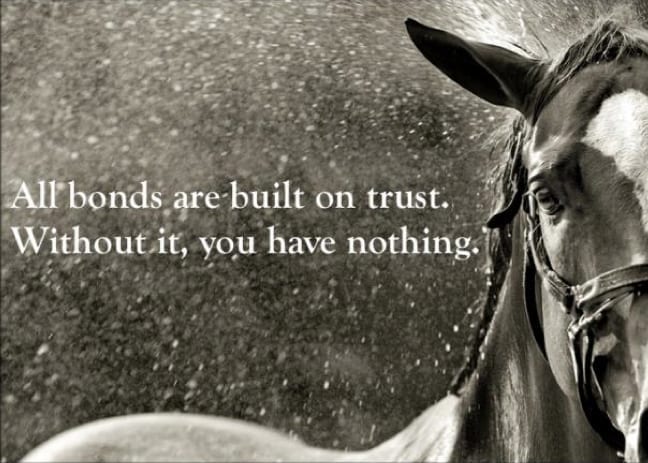 As a young rider, I was so proud when I finally graduated to ride in a double bridle. I was told that this was only for riders with educated hands and it was a tool to refine the aids. Today I have to say: Are you kidding me? When you refine your aids you learn to sit still, have ultimate body control, and ride with your mind, not with more metal and bigger levers.

Well, you may say: “But in upper-level dressage I have to compete in a double bridle.” Really? You have to compete? Who makes you? Why don’t you compete in something where you don’t have to make an animal suffer for your lofty goals?

I “earned” my spurs the same way I earned the double bridle privilege. After years of riding without stirrups. After groveling and making sure that I always had my heels down. This privilege cost countless horses an enormous amount of pain. The same pain that was caused with extra long whips and draw reins. I was so proud that a well-meaning riding instructor had actually taught me how to use draw reins.

Why do I tell all this now? Because it is time that we change something. I did love horses. I did everything to make them “better”. I bedded them in deep, clean straw, cleaned their stalls, fed them three times a day, groomed them before and after riding, cleaned all of their tack after every ride, pulled on blankets, and took off blankets. And I never realized that the stall was just a prison for them, my own personal Alcatraz. And even more important that we pass these values on to the next generation.

I still love horses. My pastures are inhabited by horses. They do not get ridden. They get fed, cared for, and left alone. I often stand in the middle of the pasture and am marveling at their serenity, their intelligence, and their kindness. This is enough for me. Two of my charges are former FEI level dressage horses. They are papered, registered Warmbloods with stunning gaits and conformation. I took them on because I knew I could fulfill a promise to them: They would never have to carry a rider again, never would iron hurt their mouth again. It makes me every day happy that I am able to keep that promise. 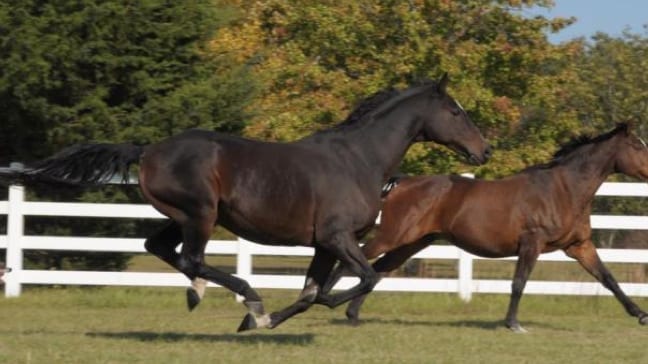 About the Author: ACFS